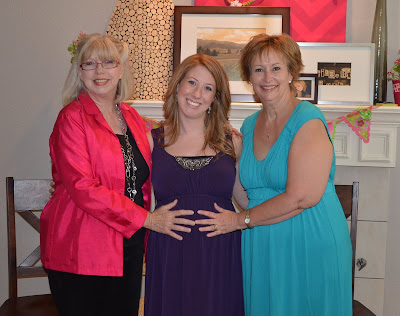 Grandmas, Mommy and Baby Alexis! Love this pic!
I am finally back home after 2 weeks in Houston. I forgot to bring my camera and pictures home with me so the blog isn't getting an update until now! So sorry. On July 16th, I had a baby shower here in Dallas. My sister, Meagan, my friend Kristen and my Aunt Margaret and mom all helped coordinate the awesome event. It was beautiful...it truly surpassed anything I could've dreamed of. They worked so hard to think of every little detail, from decorations to activities to food! I was worried about the shower being in the summer, because so many people are traveling or out of town, but many family and friends were able to attend. Here are a few pictures from the fantastic event. Thanks Meagan, Kristen, Aunt Margaret and Mom for all the prep work I know you had to do to get ready...you did an awesome job! I did not do a great job of getting pictures during the shower (except Donna graciously took pics while I was opening gifts). I have lots of the decor and of family before the shower, but didn't do a good job getting pictures with all of the guests. I'm just thankful someone thought to grab the camera, so I at least got a few pictures during the shower! 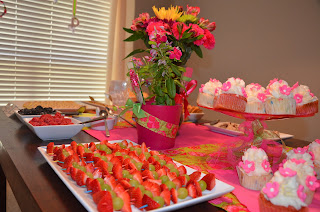 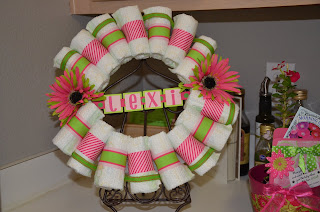 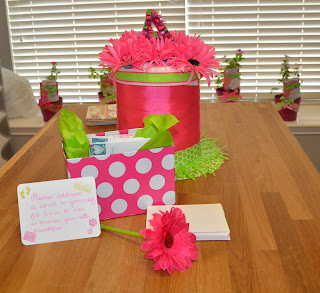 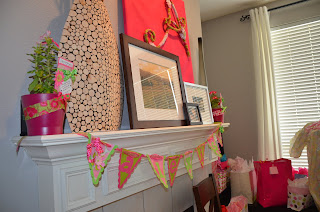 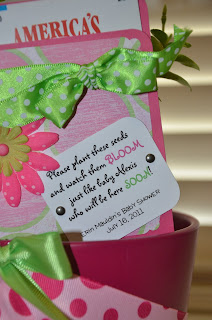 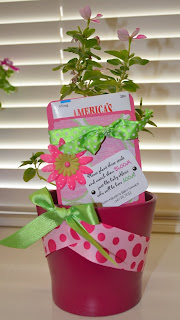 Cutie decor...the diaper wreath is to hang on the hospital door, the diaper cake in the center of the table looks like a flower pot. The favors were flower pots with seed packets and a vinca planted in them. On the fireplace mantel there was a banner that said Alexis and a swirly letter A (borrowed from the nursery) 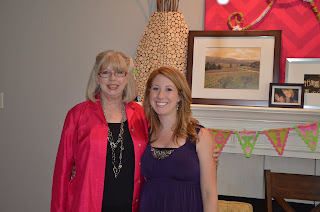 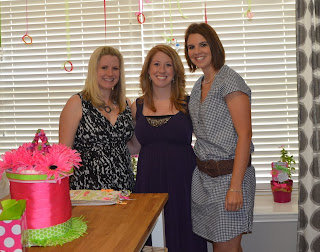 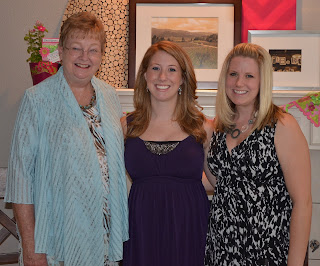 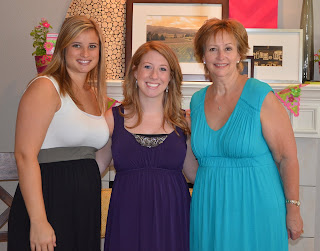 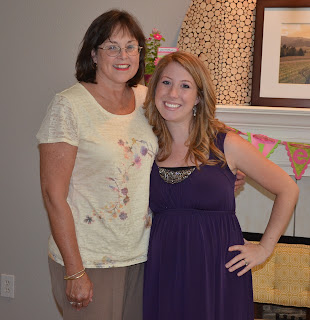 Some family pics: I was so grateful that so many people traveled to Dallas for the shower! My mom traveled from Houston, my Aunt Margaret came from Freeport, my Aunt Kathy from Shreveport and Nick's mom and sister, Carolyn and Courtney were in from Longview. Also Meagan's mother in law, Diane came in from Houston along with my cousin Michelle and her adorable girl, Cassie. I was so thankful to have so many family members there...it wouldn't have been the same without them. 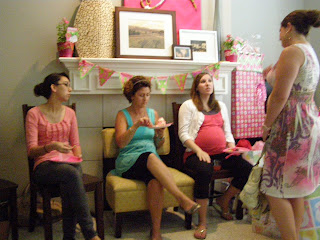 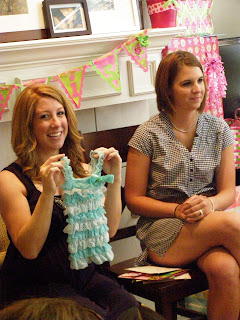 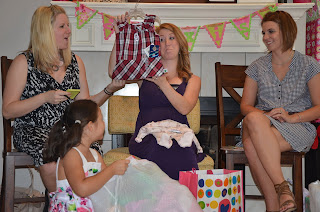 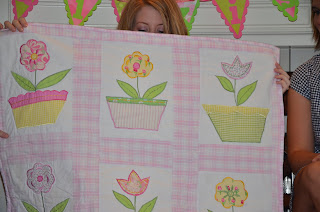 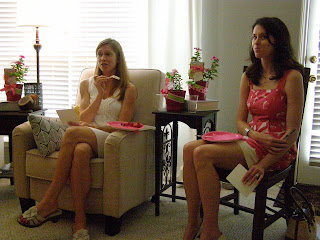 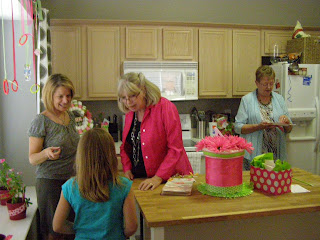 A few photos during the event...sorry Erica. Didn't mean to catch you with your mouth full. One of my past students Natalie even got a chance to come with her mom Gina. I love both these ladies so much! It was fun to have some past parents, wonderful friends and family all gathered together. Even though the heat index was 105 outside, I was blessed to have such a wonderful shower! Coming soon..a few pics and highlights from Nick and I's final shower in Longview.
Posted by Unknown at 5:49 AM 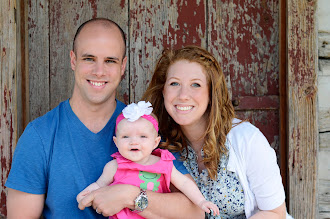